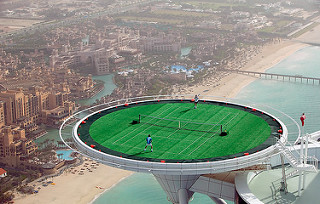 Take a journey through the imagination with me for a second and go back to a time where you had an extreme emotion- maybe it was anger, maybe it was frustration, maybe it was fear when seeing a mouse.

This emotion was outside your normal range, and I am quite sure it felt a little uncomfortable and probably not something you were prepared to deal with rationally.

What we want to do on this thought experiment is try to imagine what some other emotions feel like at their extremes:

And of course the most important one of all, an extremely strong dream- a vision or idea in your head that you have to have at all costs, that occupies your mind, obsesses you.

Most people think this is irrational and insane, and for most of us we cannot understand this desire.

This is the same as great athletes, most people cannot relate to the sacrifice, the effort, the hardship that comes with an extreme dream, and this list includes most people who play a sport.

We sometimes get lucky to have examples to work from, and I think the best visual. Example is Nadal. You can see his effort, his will his determination and his willingness to suffer for a point, he wears his effort on his sleeve.

It's hard to see the sheer will and desire of Federer, because he masks it beneath his beautiful game and outwardly personality so well. He makes us believe it's not will, but talent and skill doing the work. I can assure you it is otherwise, he might be one of the most ferocious competitors ever, and he has an extreme will to win- the evidence is his perfectionism. No one gets that clean and sharp and wins that much unless they are driven, very driven.