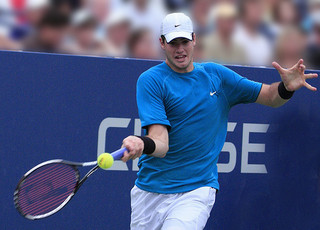 The game has changed over the last ten years. With evolution of racquets speed of serves and returns are increase. Modern tennis technique and racquets help top players to maximize accuracy.

With all that the points in tennis game today are longer, the game itself is longer too, and it means the physical strength of tennis players in modern game is very important. That's why top level players spend hours and hours with strength and conditioning coaches.

Tennis game now has come to be dominated by the European and South American nations. Although the resources in the United States far surpass those of their competitors, there are a number of factors that I believe are hurting the quest for the next great American player.

1. There is a "everyone is a winner" culture. We see prizes for participation all the time, and although these are wonderful feel good actions, they do not represent real life or strong competition at all.

Tennis is a very honest Game, and no matter your cultural background, if you have the better match, you will win, rich, poor, from north of the equator, south of the equator does not matter on the day. Better preparation and the best execution are the only things they are truly rewarded.

2. Instant Gratification: Sport in general is celebrated by brilliance here. Basketball sees someone scoring every couple of seconds, football has a new play every few seconds, and tennis just came out of an era where points could be won by weaponry alone. Sampras, the former Grand Slam superstar was able to win a vast number of his points very quickly with his big forehand, huge serve and lazer like volleys. The culture is to impress with brilliance, everyone wanting to be the next Jordan :)

The reality is that tennis has become a game of patience, incredible fitness, and extreme discipline. The top players have fewer weaknesses than ever before in tennis, and cover the court extremely well, leaving few opportunities to effectively attack. As a result, a player must be able to play through the Neutral, defensive and offensive phases of a point multiple times in order to produce an opening and a high percentage chance to attack.

In short, the modern player needs to be fit enough and have strong enough phase play to be able to delay gratification much longer, to finally earn the point.

4. Too much focus on Technique, and not enough focus on becoming a point play master. Every book I read covers technique ad nauseum ad infinitum. There is nowhere near enough time spent on patterns of play, developing superb ability to make your groups of shots happen. We watch the top pros execute their patterns from extreme situations, a quick example is Djokovic's ability to change direction off the cross court patterns, and his ability to complete the half x. He can do this off just about any pace, and from the most extreme of physical positions, at a higher than 80 percent rate. We Must focus on being an effective tennis player, as well as being technically sound ;)